They say you become who you spend time with and I can feel the ServiceSpace local ecosystem is already influencing me in a good way. Probably Buddha was right when he said “Noble friends are 100% of the way”. Cultivating Great Togetherness has been one of the recurrent themes last two weeks. I have been touched by many of the local experiments and especially touched by Fab, Pancho, Anand or the Mehta family…

Fab has touched me with his intellect and his knowledge about Yoga, Tantra and many more things. Couple of days ago he facilitated a Yoga day at Banyan Grove and we all had an amazing eye and heart opening experience of Yoga. One of the things that I enjoyed re-listening and learning is that Yoga is not just asanas (physical postures), but an integral practice open to meditation, service, devotion, and knowledge… Sometimes in the west we have limited the depth of Yoga to asanas (postures) and it’s a pity seeing the vastness that it includes… Fab has also gifted me my next profile picture hahaha. What a gifted photographer he is! More about him here and his beautiful pictures here! 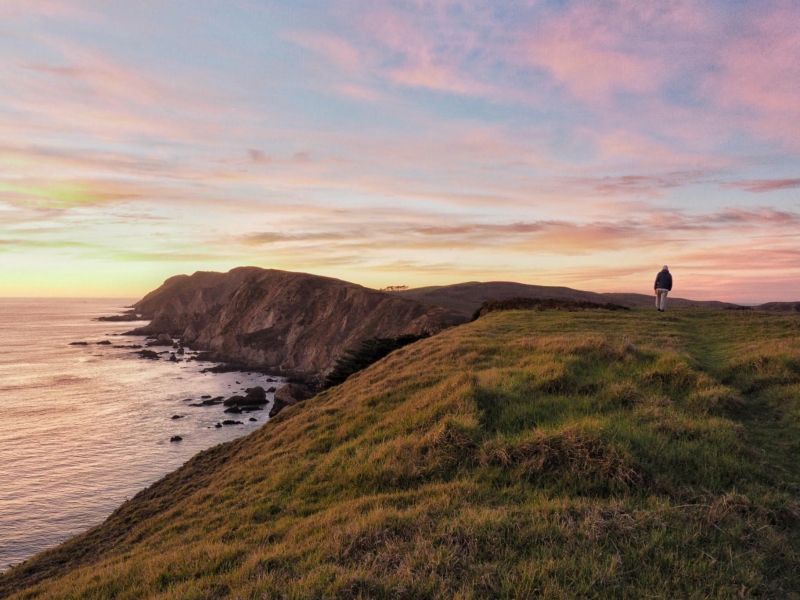 It’s always great to be around noble friend Panchoji! I feel like stepping up my service just by being with him. It’s so great to feel his commitment and constant practice of service to Humanity and the Planet. I hardly know anyone more aligned with his values… maybe my friend Miki 🙂 (Post about him soon). Together we went to a training run for the 500 mile Spirit Run, organized and promoted by Indian American people. It was a beautiful experience of Unity and Peace. The Indian American people have suffered a lot, and with them all of us. I am glad I got to know more about the story of the people of this area… I feel in a genocide there are no victims and attackers, I feel all are victims, and knowing this hard stories help us reconnect with our compassionate force, that helps us stand up for what we believe, and use Nonviolence to manifest our desires for a better state of things. The Spirit Run was beautiful, starting with an introduction circle led by John Malloy and a ceremony which included welcoming the new people, sharing stories, and honoring elders like Freddy (who started the Spirit Runs decades ago). Freddy had just honored Colin Kapernick that morning with eagle feathers, the most meaningful gift Indian American people give.

After the introduction circle we went on running for around 5 miles till the feet of Golden Gate Bridge. We ended the run with another beautiful closing circle where a sister shared stories of Leonard Peltier an Indian American activist who has been imprisoned illegally for more than 40 years… Few hours ago I had watched Nelson Mandela’s documentary so I really could resonate with the pain of people like Leonard and other human being which are suffering right now… How much pain have these people gone through? I hope I can grow to reduce my suffering and the suffering of my fellow human beings.

In the closing circle we also heard the voice of a brother who shared stories of regeneration and reconnection he experienced standing together with other Water Protectors at Standing Rock… He had a very tough life, lost all his family when he was a teenager and has felt left behind by society… But at Standing Rock he reconnected with his social and inner roots and he is in a journey of healing through service to humanity. Being part of the Spirit Run was a great deal for him and he brought tears to many of us by sharing his story.

Me, Sangeeta and Pancho then had two treats for Thanks Giving which completed a beautiful day of inspiration. We were graciously hosted by Tree and his family. They have been hosting people who don’t have family around for many years… Such generous souls! And then we were hosted by Anand and Liz in a real treat! So much wisdom and generosity flowing around ! The conversations included gratitude, science of yoga, Shanti Sena, environment, politics, meditation and a lot of fun in between! Thanks for such wonderful evening of love and inspiration!

And meanwhile we keep taking care of the roots at Banyan Grove, with small acts of beautifying, cleaning and gardening which slowly will turn the place into a little paradise on eath! 🙂 Here some photos of Sughad-ESI in India, one of the sources of inspiration for the journey of Banyan Grove!

Some more fun from my 2 weeks here: 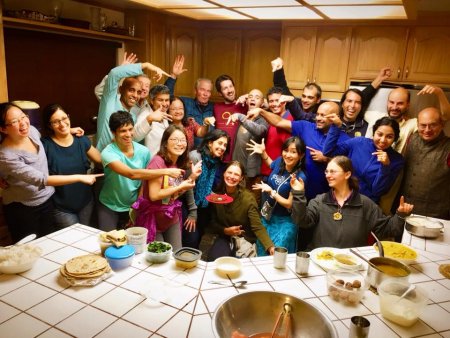 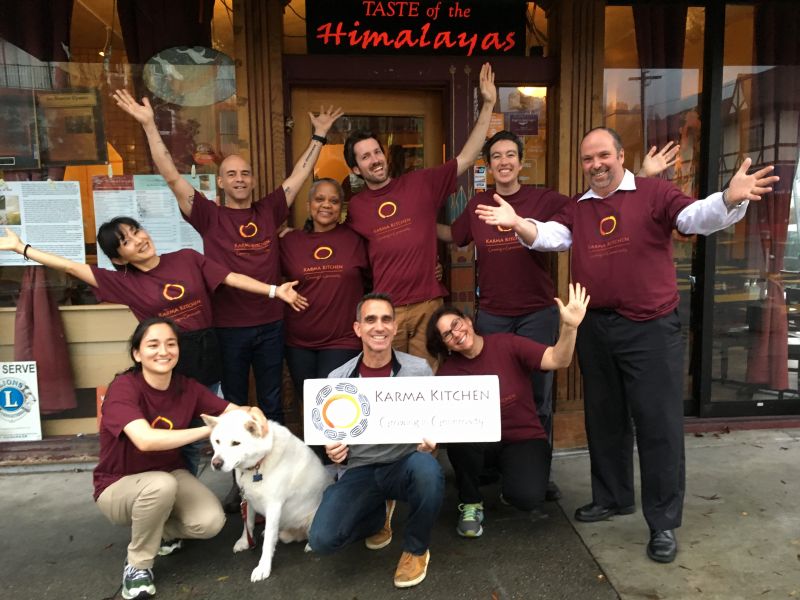